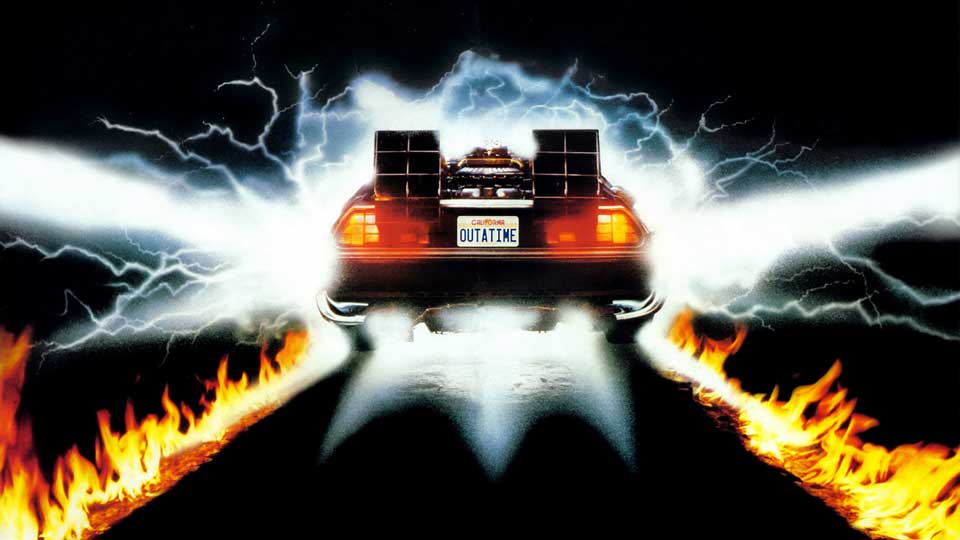 I’m writing this in the waning hours of one of those impromptu cultural “holidays” that sometimes emerge from the grassroots of our culture… “Back To The Future Day.”

This quasi-holiday is named Back to the Future Day because in the second movie of the series, October 21, 2015 is the exact date Marty McFly (played by the hugely popular Michael J. Fox… well, popular in the mid-1980’s anyway) travels to in his famously modified DeLorean in order to save his kids. I celebrated the holiday by watching the first movie with my daughter, who’s 11. (Her review: she loved it).

Like other movies with near-future settings whose time of reckoning has come, the discussion about the day is full of comparisons about what the movie portrays as the future and what we now know the future to really be. This has given fodder to all kinds of discussions like how we DO now have tablets with wifi capability (but still seem to require the use of phone booth), but how we are still quite a ways away from real working hover boards (this internet hoax notwithstanding.)

Even media conglomerates have gotten into the spirit of the event. USA Today tweaked their logo to look like the one portrayed in the future portion of the movie. The event has also been an interesting outlet for nostalgic gen-x creative staff at automotive advertising agencies, as demonstrated in this Toyota ad.

But I’d like to offer a different observation here. One that I can make relevant to us as creative entrepreneurs. Marty and girlfriend Jennifer look on as Doc refuels the DeLorean that will take them to… today!

I sat there next to my daughter, munching on popcorn and observed the bridging of our generation gap as we both enjoyed the first movie. I couldn’t help but marvel at her perception of the film. While she acknowledged the inherent cheesiness of all things 1980’s, she did really like it. It opened up all kinds of conversations, many not so flattering:

As we watched, I realized something very interesting about the film:

It can’t really be categorized, can it?

Which any reasonable person will tell you is the death sentence for any movie, show, or book. The experts will tell you to make something that neatly fits into easily identifiable categories. A movie should fit into a formula and given a label like a Thriller, Comedy, or Drama. A novel should also have a formula such as an Historical Fiction, Science Fiction or Romance.

And what we also hear, we entrepreneurs of the new media age, is advice like this: “niche till it hurts.”

It had a cool car, skateboards, Huey Lewis, a truckload of manure, hoverboards, an Oedipal tale, nostalgia, ticked off Libyans, Chuck Berry’s brother, the economic problem of suburbial expansion, and Darth Vader from the planet Vulcan.

It has a little something for everybody. It has something for an eleven year old girl in 2015 as well as a gen-x middle aged nerd in his early 40’s.

And it demonstrates that we may be a little too fixated on categorizing things, when we should probably just enjoy them for what value they bring us.

Back To The Future was certainly valuable. It was well received by critics and fans alike and remains a cultural milestone. It’s well appreciated years later and has jumped the generation gap.

And it tells us that you can get away with broadening your scope in both content and audience… as long as you do it really, really well.

So how did Robert Zemeckis, Michael J. Fox, and the rest of the people responsible for making the film do it? The infamous control panel of the time traveling DeLorean, showing the dates

It wasn’t easy to sell in Hollywood. Its high school romance wasn’t raunchy enough for some studios, so they suggested Disney, who wasn’t interested in the mother having a crush on her future son. It seemed at first that no studio would take on the project. It was rejected more than 40 times. Thanks to the persistence of Zemeckis combined with his recent success directing the film Romancing The Stone, the film finally got greenlit and created.

Which tells us another lesson… if you go outside the norm, be prepared to fight for it. Really, really hard. If you don’t fit neatly into a niche, then you have to have the persistence and ability to be remarkable enough to get noticed.

Niches can be easy wins, but everybody else is in for the easy win as well… and if you fit the niche too closely without offering anything different and new, then you run the risk of being just the same run-of-the-mill offering.

Here’s an example. I once read a James Patterson book because I had heard that he was the undisputed master of successful fiction writing. His audience is in the millions, and he has a devoted fan base that will snatch up every book he writes. His books are nearly all firmly in the thriller genre.

But the book that I picked up I just couldn’t seem to finish. Maybe it’s just me, but it just felt like I had heard everything before. I imagined that he had a word document template sitting on his hard drive, and he just kind of mixed up some random names in there and shuffled some plots and settings. I know I’m minimalizing the work of one of the great authors of our time, but James Patterson just wasn’t for me… it was too conformist and cookie-cutter to hold my interest.

In contrast, Back To The Future doesn’t fit neatly in an easily identifiable category. Some may say it’s sci-fi, but it isn’t even science fiction enough to be classified science fiction. It didn’t get too geeky into the tech, it gave you just enough science to support the story.

Was Back To The Future just a film that came along at just the right time? Or did it have enough of all the right elements to be noticed and appreciated by fans and critics alike? It certainly didn’t skimp on expenses. Zemeckis insisted on casting in the lead a hot TV commodity, Michael J. Fox, and persisted in getting him even after already having shot scenes with second choice actor Eric Stoltz. The film used Industrial Light & Magic for its visual effects. It outfitted not one, but three DeLorean cars with aircraft parts and other electronic gizmos to shoot all the required scenes.

Which tells us another lesson in non-niche nonconformity: if you’re going to go outside the norm, you may as well go big or go home.

The movie also had the passion of the people working on it. Michael J. Fox said that multiple times when filming late at night, his flagging spirits were uplifted after conversations with a very animated and impassioned Zemeckis.

So when working outside of a genre or niche, be sure your passion is sufficient to spark the interest and participation of others around you.

In summary… what did we learn about breaking from a single niche and our creative business?

If you’re going to go outside the “norm” whether it’s writing a novel or filming a youtube video, you may need to do the following:

Be valuable. Create something uniquely shareable, relevant, amazing, and noticeable.
Be persistent. Others may need to be repeatedly convinced that your idea is a good one before they come on board.
Be passionate. This can help people around you become infected with your vision and idea.
Be generous. Have the ability and willingness to spend money on the proper people, tools, education, and services to bring your vision to life.
Be minimalistic. Be willing to chop the nonessentials from it so that the pure story, characters, spirit, and essence of your creative product stands out.

New horizons will be open to you. You will bring something truly unique and significant into the world. I leave you with a quote from the wisdom of “Doc” Emmet Brown, a quote which Ronald Reagan found inspirational enough to use in his 1986 State of the Union address:

I wish you the best, travelers.

P.S. – I had to tack on this bit of genius… Marty and Doc (and a Huey Lewis planted in the crowd) on Jimmy Kimmel Live! Enjoy!