The Secret to Overcoming Creative Block 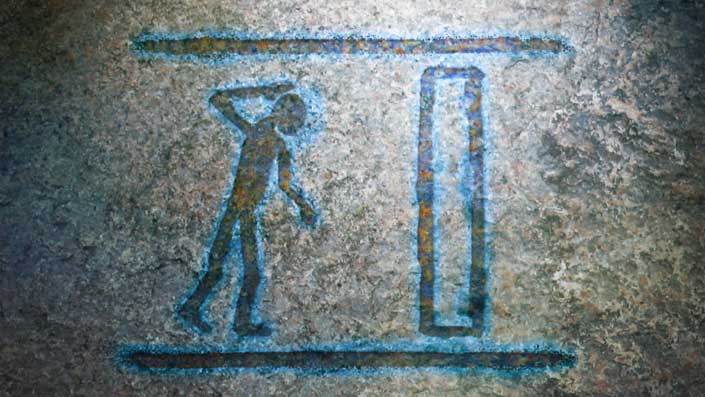 We have all heard if, if not experienced, the mythical beast called writer’s block.

Let’s go back to the definition of myth: A popularly held, but erroneous, belief.

It has all the checkpoints of a myth. It’s certainly a popularly held belief, everyone has heard of it.

When i think of writer’s block, I think of Jack Nicholson’s character in the movie The Shining. There he sat, for endless hours in that creepy mountain hotel, unable to bring his hands to type a single page. When later, we saw him typing furiously in a fit of apparent inspiration, we thought he had broken through. But instead he wrote a whole book full o’ crazy. (His wife later found his thick manuscript was full of the same sentence: “All work and no play makes Jack a dull boy.”)

While this certainly is a sign of a creative block, it reveals the other half of the myth equation: that it’s a product of the mind. (No, it’s not the product of two dead girls in the upper floors of a hotel… But that’s a given. Ok, no more Shining references.)

So if creative block is in our mind, then why is it so powerful?

This is one of those things that I think falls under the category of “intellectual casualty“. By this, I mean that often the reason why books don’t get written, paintings don’t get painted, and songs don’t get sung is be because we let our minds out-think us. We are so smart that we paralyze ourselves into inactivity.

Let me cite a personal example. As I’m writing this very blog post, I am mindful of the fact that until today, I have not written anything in the last seven days. My goal getting this blog started was to write a blog post at least every couple of days. So, what kept me from doing it? I have pages and pages of notes to draw from. I have sufficient motivation. So why did i delay?

The reason I delayed writing is because I read an article saying that every blog post had to be ‘epic’, which meant at least 2,000 words. That meant every time I stepped up to the plate, I had to swing for the fence and be ‘epic’. But I had subconsciously avoided it, choosing to tinker around with other things.

Then I finally realized what hogwash that all was, turned my brain off, and just started typing.

Hang on … let’s dwell on the ‘turning the brain off’ part.

Sometimes you have to SWITCH OFF YOUR ACTIVE THINKING PROCESSES and think from your HEART.

We’re told to keep a good head on our shoulders, to think things through. Certainly this is essential in all areas of our practical life, such as driving our car and paying our taxes. But in our right-brained, creative lives, it could very well be the kiss of death.

That’s what happens when so-called creative block overtakes us… The left-brained, practical side usurps creative authority.

Here are signs of the internal dialogue that takes place:

Are these the types of dialogue that form when you try to start something? Then you are overthinking this. It’s time to tangibly switch that part of your brain off for a prescribed prior of time. (Think of switching an electrical breaker… You hear a satisfying “THUNKK” sound, and lights go out.) And then give the other half permission to roam freely for awhile.

Go where it takes you.

The next thing you know, you have created stuff and it keeps rolling off. Let it sit there awhile. Revisit it. Is it Terrible? Maybe! Try again. There is brilliance in there, you just have to uncover it.

You see, you have to give yourself permission to fail, to make hooey, to produce junk. Because sometimes there will be genius in there. And to begin, you just have to ACT.

To the left brain, a blank sheet of white paper is awful, a horror. But to the left side, it’s a playground, a whitewashed wall waiting to be defaced, an expanse waiting to be explored.

So the way you feel when you see that blank canvas or sheet tells you which side is running things. And if it isn’t the side that is eager to get started, then tell that ol’ left hemisphere to take a hike for a little while. It’s time for the lunatics to run the asylum.