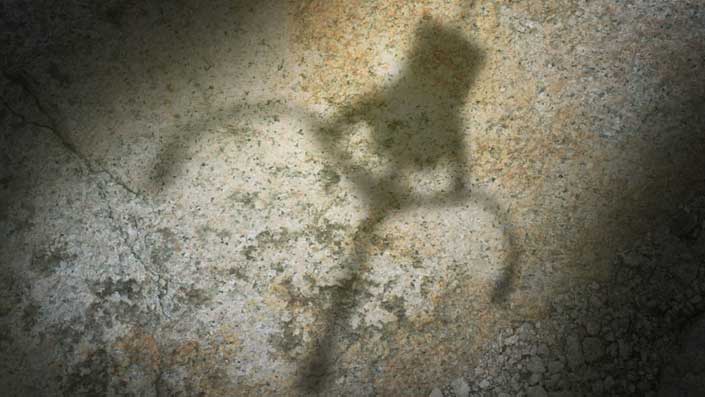 For my son Sam, who has autism, the crane machine is the perfect storm of everything he loves.

I cringe whenever we pass it.

Because I see the crane arcade machine, otherwise known as the claw crane, as a marvel of hucksterism perfectly designed to entice the unwary and separate even the most intelligent person from their coin. Its carefully arranged prizes make you think getting the goods will be easy. The coin drops, there’s a hasty maneuvering of the joystick, and down goes the claw – that confoundedly wimpy claw that looks strong, but is in truth weaker than an elderly nun’s handshake.

Years ago, as a boy, I was taken in by this ruse. I declared after a couple of rapidly spent quarters that the game was a ripoff, and that it wasn’t worth playing. For years I plied my trade with Galaga, Pac-Man, and Ikari Warriors while wisely ignoring that terrible creation out of the labs of vending machine hell.

And then I had kids of my own.

I tried to explain the intricately devised ripoff scheme to them. I attempted to spare them the disappointment that I felt all those years ago. But all they could see were the bright toys and the allure of possibility. They pleaded to try it.

Who was I to say no? Sometimes people have to learn the hard way. I girded myself to trade a few bucks for nothing more than a good lesson on scams and the wise avoidance of them.

So I let them try a couple of times. I let them see the flaccid pincers that come so tantalizingly close to grasping, but fail to get the toy.

“See?” I said, probably a little too eagerly. “They try to trick you. Let’s go play this cool game over here!”

This wise parenting pretty much worked for my daughter, but not for my son. Sam was not going to give up so easily. Because he had studied his film. You see, Sam is a student of Toy Story. And in that movie, the claw is strong enough to pick up not just one, but three toys! (A colossal stretch which, talking toys aside, is the most outlandish fabrication ever produced in a movie).

There is a crane machine in front of a store we frequent. Since Sam wants to play it every time we pass by, my wife began to set aside quarters so that he could feed the mechanical beast. On one such occasion, I reluctantly handed him a fistful and stepped aside to observe.

What happened next is a simple yet compelling lesson that I will never forget. Sam inserted a quarter into the slot. Down it went with a series of metallic clanks. The machine came to life, and the race was on. He nudged the joystick and pressed the button. Down the lying claw went. Just as I predicted, its weak attempt missed the toy and it returned to its perch, ready to claim another victim.

I looked over at Sam. He calmly observed the situation, his eyes wandering around the spread of chintzy little prizes. What was he thinking about?

He reached into his reservoir of coins and tried again.

Usually by this time I would have encouraged him to try his luck at the soda machine, which I knew was a sure bet. But I became fascinated by my son’s calm persistence, and wanted to see what happened when I didn’t meddle.

And the fourth time, by some miraculous combination of physics and fortune, he won.

As Sam reached in to claim his polyester prize (which the left side of my brain told me was cost-recovered by the vending company on the very first attempt), I marveled at what I had seen.

My son had just taught me a simple but very important lesson: Don’t give up.

The Psychology of the Give-up

Why do we give up so easily?

Why are we so quick to see failure, cut our losses, cash out, and leave the scene?

I think one reason is that we take a pessimistic view of our chances. It’s easy to see failure when all we saw was failure before.

But then we have to ask ourselves, “Did I really give it a fair shot?”

When we miss the mark after only making one or two attempts, have we really given ourselves permission to succeed? Some things require dozens of attempts in order to succeed at them. Giving ourselves a limited number of tries is an almost certain recipe for failure.

Another reason we give up (and this is one were not likely to admit) is fear. Our culture seems to downgrade and ridicule failure to such an extent that we can become paralyzed. And inaction is a certain path to the worst kind of failure… The failure to act.

Persistence is the ability to continue an action in spite of difficulty or opposition.

If we give up after the first couple of tries, we pretty much doom ourselves to mediocrity. Let’s face it, most things worth doing eventually become more difficult at some point. Things are rarely easy. People oppose us. If we don’t learn how to pick ourselves up and keep going in spite of this, how will we accomplish what we want in our life, relationship, or career?

Persistence has a magic to it… it completes past failures (notice i didn’t say “erases” or “makes up for”.) It completes the failure by telling the rest of the story. The failure becomes the second act in a three act play… and the third act, if persistence is part of it, has a happy ending. (Or at least some sort of resolution.)

Persistence is absolutely essential for creative people who want to create their work, put it out there, and earn an income from it. Failure and wrong turns are a built-in part of the creative process. There will ALWAYS be failure for artists. Getting past the failures as quickly as possible – or better yet, embracing the failures whenever possible – is important to finishing the work and taking it to the next level.

One More Try is All It Takes

When you think about it, the only commitment required is to give it one more shot. One more try might be all it takes to:

A little more persistence, a little more effort, and what seemed hopeless failure may turn to glorious success. – Elbert Hubbard

Please feel free to share in the comments below… I would love to hear your thoughts and experiences on persistence.

May you fail. May you give yourself the permission to try again. May you succeed in whatever you do… eventually.

And thanks, Sam, for the great lesson… it’s probably the best dollar I ever spent.